Your cart is currently empty.

Book your event between April 10th and June 30th for a special offer.

2021 Discount: Our site fee is 50% off for events booked through June.

Stadium capacity will be limited to 50% with social distancing between groups of people that attend the concert together. All fans will be required to wear face masks inside Weidner Field.

Get your Tickets Here! 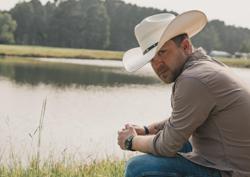 Chart-topping powerhouse Justin Moore proves that, through all the fame and success, he’s still just the same country boy he’s always been on his stellar new album, ‘Late Nights and Longnecks.’ Tipping its cap to Alan Jackson and George Strait, the record is Moore’s most traditional-sounding collection to date, a no-frills portrait of small-town life and big-time dreams that’s not afraid to let its hair down and party at the end of a hard day’s work. Equal parts celebration and reflection, the album is a showcase for Moore’s evocative storytelling and unforgettable voice, complemented by an all-star band featuring GRAMMY and CMA Award-winning guitar icon Brent Mason ACM-winning pedal steel hero Paul Franklin among others.

“I’ve never worked with those guys before, but they’ve played on some of my favorite albums of all time,” says Moore. “We thought it would be really cool to bring them in and record the whole thing at The Castle, this historic studio just south of Nashville where a lot of those legendary hit records were made. Not only did it result in my best album yet, it was also the most fun experience I’ve ever had recording.”

An Arkansas native who grew up idolizing Dwight Yoakam and Keith Whitley, Moore knows a thing or two about hit records himself. After signing to The Valory Music Co., an imprint of the Big Machine Label Group, he landed his first country #1 with “Small Town USA,” the breakout single off his 2009 self-titled debut. The record went platinum, as did its 2011 follow-up, ‘Outlaws Like Me,’ which yielded yet another #1 single with “If Heaven Wasn’t So Far Away.” In 2014, Moore landed the coveted New Artist of the Year trophy at the ACM Awards after releasing his critically acclaimed third album, ‘Off The Beaten Path,’ and in 2016, he dropped ‘Kinda Don’t Care,’ his third consecutive #1 record. The New York Times hailed Moore as proof that “old forms can stand even stronger with injections of new ideas,” while Billboard celebrated his “down-home personality and wry sense of humor,” and Rolling Stone praised the “upbeat mix of contemporary country and honest twang that he perfected.” Moore’s songs racked up more than a billion on-demand and programmed streams, and he performed everywhere from Kimmel to The Today Show in addition to headlining arenas and amphitheaters around the country. 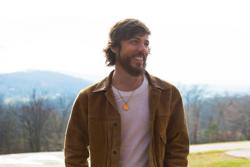 Who is Chris Janson? He’s a “live legacy in the making” (Rolling Stone). Breakout country star Janson is a platinum-selling recording artist, high-octane entertainer, multi-instrumentalist, and award-winning singer/songwriter. In the fiveyears since the release of his debut album, the three-time CMA nominee has collected prestigious accolades that place him amongst country music greats. He took home the trophy for ACM Video of the Year for his Gold-certified, inspiring hit song “Drunk Girl,” which also earned the Song of the Year title at the 2018 MusicRow Awards and was named one of the “Ten Songs I Wish I’d Written” by NSAI. His chart-topping, triple-Platinum smash “Buy Me A Boat” earned the same NSAI honor, making him one in a handful of the industry’s most elite artists to earn the title multiple times, as well as the iHeartRadio Music Awards Country Song of the Year.

Janson has 4 #1 hits including multi week chart topper” Done”, “Good Vibes, Fix a drink, Buy me a boat & award winning Drunk Girl . His current single, “Waitin’ On 5,” can be heard now on the airwaves. In addition to his own successes, the talented songwriter has lent his pen to industry peers including Tim McGraw (“Truck Yeah,” “How I’ll Always Be”), LOCASH (“I Love This Life”) and the legendary Hank Williams Jr. (“God Fearin’ Man,” “Those Days Are Gone”) & many more. Chris is a Grand Opry member.

Singer-songwriter MacKenzie Porter is a rising Country talent whose sound knows no borders. Signed to Big Loud Records, Porter is surging now with an arsenal of new music produced by Joey Moi (Jake Owen, Morgan Wallen). Since moving to Nashville in 2014 from her native Canada, she’s developed a radiant Country style which threads the needle between traditional heart and modern energy, often collaborating with songwriting mainstays like Nicolle Galyon, Craig Wiseman, Natalie Hemby, and Tommy English. Her "mesmerizing vocals and hook-driven songs" (Billboard) have sparked a list of headline-worthy accolades, including multiple Canadian Country Music Award nominations — 4X Female Artist of the Year, Songwriter of the Year and Fans' Choice — as well as a previous JUNO Award nomination for Country Album of the Year. Making her mark, Porter became the first female artist to have three back-to-back #1 singles at Canadian Country radio in 22 years with “About You,” “These Days” and “Seeing Other People” in early 2020, following Shania Twain in 1998. Porter also earned her first crossover Top 10 at Canadian pop-radio — a first since 2003 for a Canadian female country artist — with "These Days (Remix)." She’s toured extensively on her own, sharing the stage with Kenny Chesney, Rascal Flatts, Chris Lane, Blake Shelton and Dallas Smith, and also co-starred in the Netflix series, "Travelers."